We are in the media: After 75 years, Bilfinger Tebodin faces reconstruction again

Bilfinger Tebodin is a leading international industrial services provider, holding the portfolio of the entire life cycle of an industrial plant. From feasibility advice to engineering and from earthquake studies to expansions of existing industry, technology and digital applications are at the forefront. “We have a broad knowledge of all kinds of sectors and that gives us an edge in the market,” says director of projects Wouter van den Ham.

Tebodin was founded in 1945, the name is an abbreviation and stands for ‘N.V. Nederlandsch TEchnisch Bureau voor Ontwikkeling Der INdustrie’. “Tebodin played an important role in the reconstruction of the Netherlands, especially in the industry,” explains Mick Modderman, business development manager. “Now, more than 75 years later, we are facing another reconstruction, which concerns the energy transition.” In all these years, Bilfinger Tebodin, as the company is now called, has been involved in many projects as a consultancy and engineering firm. Both in the Netherlands and in countless other countries.

In the Northeast region of the Netherlands, Bilfinger Tebodin is close to the client with branches in Groningen and Hengelo. “We grow with our clients,” says Van den Ham. This is evident, among other things, from the fact that 70% of the clients have been doing business with Bilfinger Tebodin for some time. “We value a good relationship. Once a plant has been completed, we often remain involved in optimizations and expansions. So we are there if the clients has a relatively simple question, but also if a large project needs to be realized. That is appreciated.”

“We can go a long way toward meeting the client’s requirements and wishes,” Modderman adds. “Bilfinger Tebodin has no rigid working models that the client has to comply with. We are very flexible about that and like to think along to get where the client wants to go.”

“Responding flexibly to the market, where we also do not lose sight of social developments. That started in the past in Hengelo and Groningen when salt and natural gas were found there. And you can see that now in the energy transition and the search for sustainable solutions, in which many innovative developments are taking place,” says Van den Ham. “Bilfinger Tebodin, as a consultancy and engineering firm, would like to contribute its knowledge and expertise there.”

“And that is very broad,” Modderman adds, “from applying for permits to logistics and from manageability to delivering a well-run plant. Particularly in the Northeast region, we are also active in earthquake-proof design. In practice, it comes down to the client having an idea and Bilfinger Tebodin helping to make it a reality from concept to realization if desired.”

Van den Ham explains that Bilfinger Tebodin operates in all kinds of industry sectors. “Pharma, food, chemicals, energy, high voltage, recycling (think of waste to energy and waste to fuel), and so on.”

“This broad knowledge of all kinds of sectors contributes to the fact that Bilfinger Tebodin can, in fact, step into any project and at any time,” continues Van den Ham. “Whether it’s consultancy, permits, legislation and regulations, engineering, construction management, construction supervision or project management, we ensure that a project is realized within the time and budget set for it.” The fact that Bilfinger Tebodin has just under 800 employees in the Netherlands alone is an advantage in this regard, especially in today’s scarce market. “We are not dependent on third parties and that offers more security for the client.”

WE VALUE A GOOD RELATIONSHIP

In addition, Bilfinger Tebodin is in talks with several parties to enter into a cooperation in the field of innovative solutions in sustainability and energy transition. One of the initiatives concerns the safe and efficient transport of hydrogen. With this, the aim is to make green hydrogen commercially available on a large scale in Europe, by offering ready-to-use stationary plant infrastructure for Liquid Organic Hydrogen Carrier.

“Furthermore, we are involved in CO2 projects, under the name CCUS, Carbon Capture, Utilization and Storage. Here we help companies build installations for capturing, reusing and storing CO2. For example, we designed and built the CO2 capture installation of a waste processing company. In addition, we are in talks with various companies in the Eemsdelta and various sustainability projects are already underway.”

Van den Ham and Modderman are pleased with the fact that Bilfinger Tebodin is involved in a large number of projects within the energy transition, with Van den Ham naming five spearheads: “Energy efficiency within a company, CO2 capture and storage, hydrogen, electrification and sustainable solutions (e.g. biogas, biofuels, etc).” “In the area of energy transition, it is still unclear which way we are going together,” Modderman points out. “By orienting ourselves broadly now, we are well prepared for the time ahead, in which we want to help clients on their way to a sustainable future.”

There is a lot of work coming up for Bilfinger Tebodin, which is why the company is looking for new employees. “Especially technically trained people, but also for research or an internship people are always welcome,” says Van den Ham. 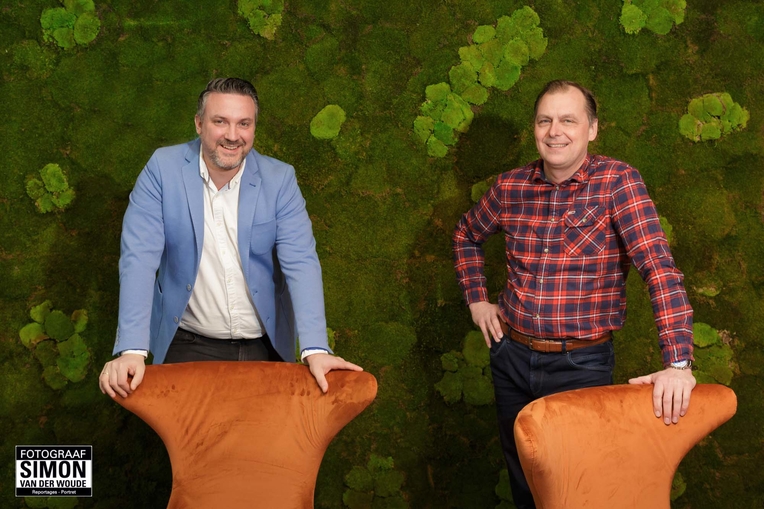