September 2020, the first stone of the future PepsiCo salty snacks factory was laid in Russia, Novosibirsk region. Bilfinger Tebodin is involved in the project for project and construction management.

The project investments are estimated in around 135 million euro. The factory capacity will be over 60.000 tons on the total building area of over 60.000 square meters. The first two lines are scheduled to be launched in December 2021.

PepsiCo is one of the largest food and beverage producers in Russia, an industrial potato processor, and one of the largest milk processors. The new plant will produce rusks and chips, and deliver them to Siberia, Ural and Far East regions of Russia and neighboring countries.

The first stone ceremony was opened by Andrey Travnikov, Governor of Novosibirsk region, and Neil Sturrock, President of PepsiCo in Russia, Belarus, Ukraine, Caucasus and Central Asia. Bilfinger Tebodin representatives attended the ceremony to share this moment with the client. The whole project team is already on the construction site and working full speed. At the moment, the initial stage of the project is in process – piles are being driven.

Viktor Kropivka, PM department manager: 'To manage the construction, we will apply specific tools of Lean Construction management system. It is important for PepsiCo to establish effective planning, communication and progress control over the involved contractors. Our team has implemented those tools effectively on other projects. Moreover, we are not new to the region: several completed projects in Siberia proved that it is a good location to invest and build.' 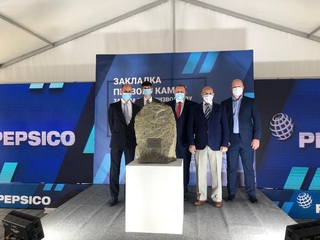 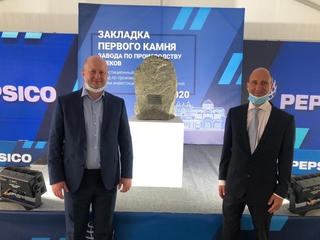