In 2011, Tebodin prepared the planning permit documentation for Teplo Bruntál’s project ‘complete reconstruction of coal-fired heating plant CV Dolní’ in Czech Republic. The project included replacing three existing boilers (K1, K2, K3) with fluid beds for new ones with about the same power, except boiler K4, which was replaced by half power boiler.

Earlier this year, and after tendering Uchytil (the contractor), Tebodin’s office in Ostrava prepared the next stage of documentation, which included the one needed to obtain the building permit. Recently, and after a successful performance, Teplo Bruntál awarded Tebodin with a site supervision contract for the same project.

The reconstruction is divided into two phases. The first phase of construction, which involves the replacement of boiler K4, takes place this year. The second phase, which will take place next year, involves the replacement of boilers K2 and K3. The boiler K1 will remain unchanged as a cold backup. The project is scheduled to be finished by September 2015.

Teplo Bruntál supplies heat to the entire city of Bruntál. At the moment, the company has in total capacity of 50,475 MW in all heating plants. 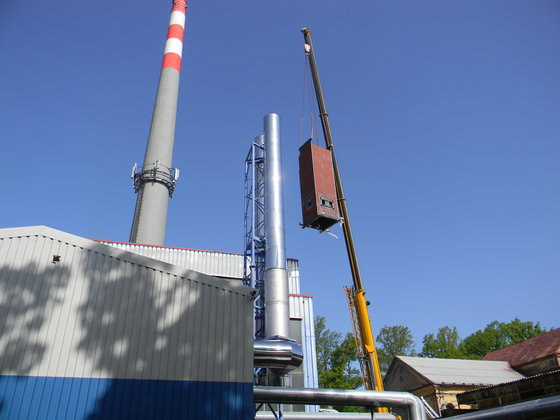