Marco Vink, Building Installations Advisor at Bilfinger Tebodin, is co-writer of the new directive of the Dutch Association of Contamination Control (VCCN). The directive concerns the classifying and testing of the air permeability of cleanrooms and similar controlled environments.

To define the maximum permissible air permeability, many key figures and rules of thumb of which the origin is often untraceable, are used in the industry. The correctness of these rules of thumb has not been proved, causing frustration with builders, clients and advisors who are often afterwards confronted by this when a room is rejected because of excessive air leakage.

Directive 10 of the VCCN provides all stakeholders of cleanrooms with a uniform method to quantify the maximum amount of allowed air leakage in an ambiguous, unequivocally way conform current European standards, during the design and also after realisation of the cleanrooms.

Members or the VCCN are strictly advised to follow the directive during their projects. Directive 10 will be available shortly on the VCCN website.

The directive is written by an expert group of suppliers, contractors, advisors, users, commissioners and developers. Next to Bilfinger Tebodin, among the participating organizations are: Kuijpers, Aero-Dynamiek, RHDHV and Xendo. Marco Vink of Bilfinger Tebodin contributed with his years of experience and expertise in airflow in controlled environments. 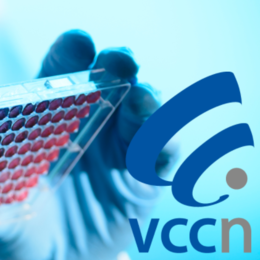