Recently, Tebodin’s Czech offices performed energy audits of Mitas’ factories in Prague and Zlin. The aim of the energy audits, in addition to complying with energy legislation, was to find opportunities to reduce energy consumption and save operating costs.

Mitas is one of Europe’s leading producers of agricultural tyres. The company also manufactures and distributes a wide range of industrial and motorcycle tyres. Established in Prague in the 1930s, Mitas now has three locations in the Czech Republic, one in Serbia and one in Iowa, USA.

Savings in over 50 buildings

The facility in Prague consist of some 50 separate buildings, which gives an idea of the complexity of the audit’, says Mr. Martin Papez, Tebodin’s project manager. The audit teams found interesting opportunities for improvement. Some of the most frequently suggested changes related to the use of steam and hot water, such as replacements of transformers and re-using process steam for heating water. Some other suggestions involved improvements in lighting installations, which not only saved energy, but also improved the quality of the working environment.

Besides the audit and suggested improvements, Tebodin can help to make the improvements happen through design, permitting, detailed documentation and technical supervision of the implementation. Mitas and Tebodin have already discussed collaborating on the energy performance certification of the many individual objects in their facilities.’

Tebodin has a long relationship with Mitas. The Czech offices were involved in the development of the tire factory in Otrokovice (EPCm contract) and the factory in Iowa. 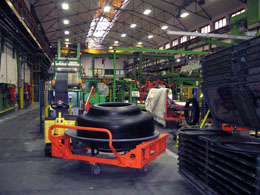 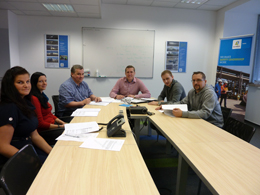