TenneT asked Bilfinger Tebodin as one of its preferred suppliers to implement the NEN Safety Culture Ladder. End November, a team of consultants and engineers from our office in Elsloo (the Netherlands) have been audited by Lloyds Register. During the close out evaluation, Lloyds complimented our team on the shown level of safety culture in the awareness, consciousness and shown behavior and rewarded us with certification for ‘Step 3’ on the Safety Culture Ladder.

The NEN Safety Culture Ladder was originally developed by ProRail and has become the Dutch safety standard for parties involved in major infrastructural works. Transmission systems operator TenneT decided three years ago to adopt the NEN Safety Culture Ladder not only within their own organization, but also throughout their complete project chain, involving engineering- and construction companies.

Bilfinger Tebodin fully supports this extra step-up, beyond OHSAS 18000. Use of the Safety Culture Ladder has a broader function. It offers a framework for safe working to all parties active in the various sectors, whereby no distinction is made between clients, contractors or suppliers. Safety is something we achieve together, throughout the chain. It is all about attitude, behavior and culture.

The NEN Safety Culture Ladder encourages safety awareness and conscious safe behavior and consists of 5 steps. The higher the safety awareness in an organization, the higher the score on the Safety Culture Ladder. The team in Elsloo is proud of their score (Step 3), already in the 1st year. The team’s ambitions reach even higher, namely to achieve Step 4 by December 2019.

Click here to read more about our framework agreement with TenneT. 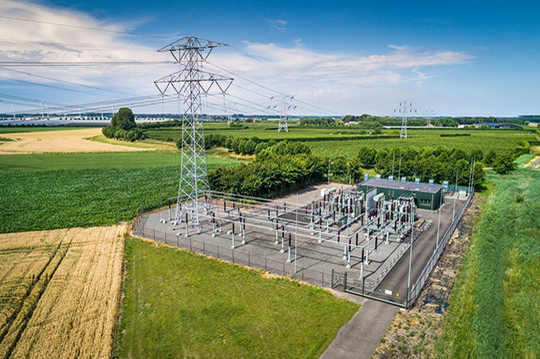 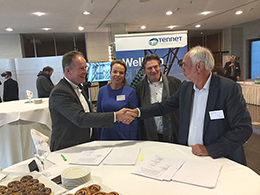