The new investment implies the construction of storage tanks for third-class petroleum products as well as the accompanying infrastructure at fuel bases in three locations: Koluszki, Nowa Wieś and Dębogórze. Additionally, Bilfinger Tebodin will provide multidisciplinary technical supervision for the reconstruction of storage tanks of 2x1000 m3 at the fuel base in Nowa Wieś.

'For nearly 25 years of Bilfinger Tebodin presence in Poland, we have had an opportunity to cooperate with many investors from public and private sectors,' says Bartosz Szalewski, Bilfinger Tebodin project manager. 'The vast majority prefers to enjoy a constant cooperation and support from our team at various stages of their projects – from consulting and design to a dedicated management of the whole construction process'.

Many years of cooperation with PERN

The oil & gas market is not new to Bilfinger Tebodin, as we provide our services at fuel bases, oil terminals and refineries, cooperating with key players in Europe, while having a global reach through a broad Bilfinger network. PERN S.A. is one of the repeated customers since 2012.

Working together for almost 10 years, Bilfinger Tebodin supervised PERN construction all over Poland. From Boronov in the Silesian Voivodeship, through Malaszewicze at the border with Belarus, Emilians and Koluszki in central Poland to Nowa Wieś and Trójmiasto in the northern part of the country. Together, we have managed to increase the storage capacity by more than 750,000 m3, which is 23,500 tankers.

The largest projects for PERN so far

'We have been cooperating with PERN S.A., previously OLPP S.A., since 2012. The client appreciates our team of specialists and their expertise in every industry: civil, road, sanitary, electrical, telecommunication, mechanical, anti-corrosion and automation; and of course the professional project management with a great cooperation between teams,' comments Waldemar Barsul, Project Director in Poland. 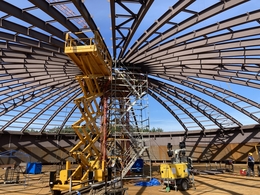 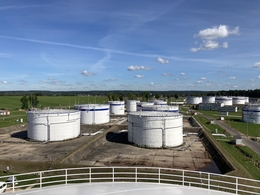