On 13th of September the official ceremony of the 25th anniversary celebration of Bilfinger Tebodin in Russia and CIS took place at the Residence of the Ambassador of the Kingdom of the Netherlands in Moscow. Representatives of large domestic and foreign corporations of different fileds, starting from food to cement industry, came to congratulate the company and its employees.

The guests of honour were the Ambassador of the Kingdom of the Netherlands Rob Swartbol, on behalf of the host party, and the Aria Director CEE in Bilfinger Tebodin Jaromir Kriz. Opening the event with his welcoming speech, the Ambassador congratulated the Dutch company on its anniversary, told about its very first projects in Russia, which were also implemented with the great support of the Embassy, emphasized their long-term friendship and cooperation.

In his speech Jaromir Kriz said:

This year Bilfinger Tebodin celebrates 25 years of successful business dealing in Russia and 74 years worldwide. The company has vast experience in project implementation and expertise of senior colleagues. Most important for long stability of company is that it shares its experience within generations and it keep flexibility to react on changing market. And exactly this we did in Russia very well for a quarter of a century.

From individual offices in different countries, we have moved to a regional structure in Central and Eastern Europe, which focuses on such services as consulting, engineering, process engineering and project management. The regional approach allows us to select experts and create even more powerful engineering teams for the most complex and large projects. The exchange of experience and cooperation is what we want to develop and will never stop working at.

Bilfinger Tebodin began its operation in Russia in 1994, on behalf of the Dutch office providing consulting services in the field of energy, environment and water technologies. Today Bilfinger Tebodin is one of the largest consultants in engineering, technological design and project management, part of Central and Eastern Europe and has more than 200 employees in Russia. For a quarter of a century, the company has implemented more than 1,500 projects in various fields – from the food to the petrochemical industry. The total area of these projects is more than 10, 000, 000 m2.

We are proud to have built strong long-term relationships with many of our customers - 75% of total turnover are our regular clients. At the same time, we are flexible and open for new opportunities in the new market development and new directions. As a high-tech company, we integrate BIM modeling at all stages of project design, which can significantly improve the quality of project execution, reduce costs and improve control processes.

During  the last couple of years the company realized several large, successful projects in Russia among which construction of the Haier plant for the production of drum-type washing machines in Naberezhnye Chelny, new office and warehouse complex STIHL in Krasnodar, new lubricants plant Total in Kaluga region, reconstruction of OBO Bettermann plant in Lipetsk, new Nestle baby food production line in Vologda and many others. 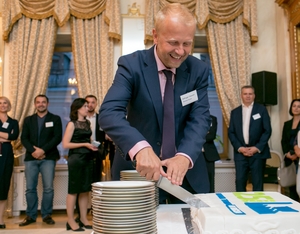 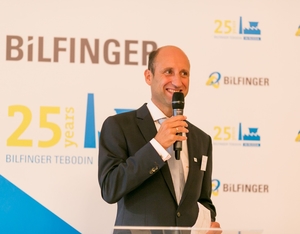 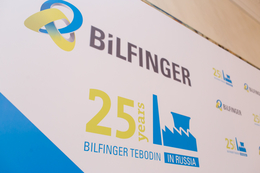