A European Green Deal introduced by the European Commission in December 2019, serves as a roadmap for making the EU’s economy sustainable and reaffirms the Commission’s ambition to make Europe the first climate-neutral continent by 2050.

The year of 2020 demonstrated a remarkable dynamics towards reaching the EU climate targets with hydrogen technologies envisaged to lead the path. In 2020, political commitment together with substantial funding support brought green hydrogen projects to a new level. After initial stages of R&D and pilot projects, the market started active investment planning across almost all European countries with an emerging trend of business case development.

Germany set out to become a European leader in hydrogen technologies, and a National Hydrogen Strategy approved in June 2020 supports the ambitions. The country is developing more than a half of all hydrogen projects implemented in Europe with more than 60 new hydrogen projects in the pipeline of 2020.

Poland – another example of hydrogen supporting countries – announced its plans to have a 2 GW of hydrogen electrolysis capacity and 2,000 hydrogen fuel-cell buses by 2030 as part of a National Hydrogen Strategy expected for approval in the first quarter of 2021.

Ukraine appeared in the EU focus under the Green Hydrogen for a European Green Deal a 2×40 GW Initiative. Under the initiative, the European industry association Hydrogen Europe is setting a target of building an 80 GW electrolytic-based hydrogen production capacity by 2030, where 40 GW is to be developed in the European Union and an additional 40 GW in other countries, especially in North Africa and Ukraine.

Though the levelized cost of green hydrogen is still much higher than the cost of conventionally produced so-called grey hydrogen, it is expected that it can become competitive by 2030. According to expert opinions, green hydrogen productions costs can drop by over 50 per cent due to potential for decrease of renewable power price and electrolyser CAPEX and increase of capacity utilization factor. Until green hydrogen reaches commercial viability, it is assumed that construction of hydrogen plants will be incentivized at the EU and national levels. Along with the positive dynamics of reducing the cost of production of green hydrogen, its transportation and storage are still the main puzzle to be solved.

To keep up with the pace of energy transition, industrial market players are facing the need to incorporate political targets into their strategies, operations and business models. Strategic actions of oil and gas and energy companies as well as operators of chemical, petrochemical, cement, metallurgy plants and other industrial facilities include:

Multiple projects initiated or announced in 2020 are aimed at industrial-scale demonstration of hydrogen technologies across the EU states and neighbouring states.

The EU transition towards a climate-neutral economy requires substantial support and investments from both the EU and the national public, private and IFIs sectors. In order to ensure an efficient transition and to mitigate undesired socio-economic impact in the most affected regions, the European Commission has established the Just Transition Mechanism. EU level funding options also include the Innovation Fund, the NextGenerationEU Fund, Horizon 2020 Green Deal funding program and Hydrogen for Climate Action just to name a few.

Other support measures recently launched or on development in the EU include national support mechanisms in the form of subsidies, tax benefits or compensation of grid fees and/ or transport costs; support of International Financial Institutions in the form of green bonds, reimbursable and non-reimbursable grants and loans; IPCEI funding etc.

Building an investment scenario for a new type of projects needs accounting a complex set of factors. Development and implementation of the project happen under the conditions of emerging markets with the lack of market benchmarks and established practices. Due to an innovative character of green hydrogen projects, there might be a need for independent external experts to verify the investment scenario and further develop the project.

Based on our experience, selected aspects to consider when developing an investment scenario, planning a project and applying for financial support include:

Though implementation of innovative hydrogen projects still requires strong investment will and significant efforts of multiple stakeholders, the year of 2020 gave a hope of reaching global climate goals. The energy transition is the way thanks to political commitment, business readiness, raising public awareness and changing consumer and behavior patterns.  We in Bilfinger Tebodin believe that the changes are inevitable and are ready to support your will with our and partners’ knowledge and expertise. Our next publications will cover the topic of hydrogen technologies, which received an impetus in development owing to the interest in hydrogen as an important pillar of the energy transition.

Authors of the article: 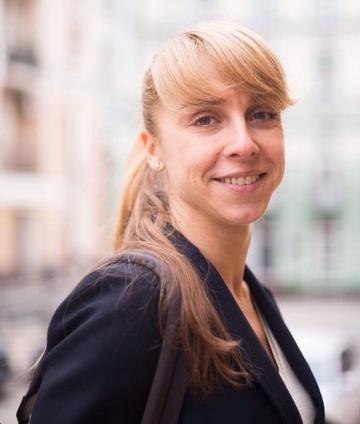