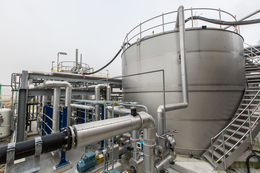 PPG Industries Chemicals specializes in the piloting and commercial production of silica products for clients in sectors such as food and rubber. When PPG wanted to upscale their current production capacity and add a new production line for Agilon®, a patented modified silica for the tire industry, they asked Bilfinger Tebodin to provide engineering services and coordinate the multidisciplinary project team. This has resulted in a fully integrated and highly innovative second production line within the existing plant, which has begun production several months ahead of schedule.

Bilfinger Tebodin created a 3D simulation of the facility which made it possible to seamlessly fit in the new equipment, including the detection of possible clashes.

The engineering and construction were in the hands of a group of four contractors, who worked as an integrated team with the client and each other, with Bilfinger Tebodin in a coordinating role. This has enabled them to focus on common interests and make strategic planning decisions. 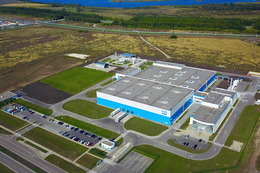 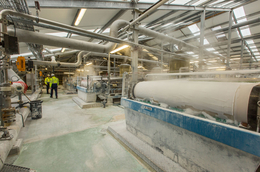