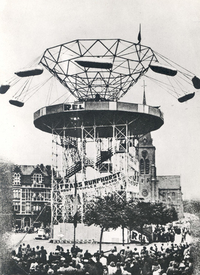 Bilfinger Tebodin was founded and established in the period of post-war reconstruction (1945) in The Hague in the Netherlands by Mr. Frederik van Iterson. The economic milestones of the times were of importance for our development: reconstruction after the Second World War, decade of booming business, era of environmental awareness, internationalization, and the new millennium. We have always developed along with clients' needs and we grew into more mature and dynamic partners with each economic cycle.

By anticipating technological and market development, we built up a reputation of excellence in the Netherlands, before taking the steps abroad, starting with Abu Dhabi in 1974.

The company name TEBODIN is an abbreviation for N.V. Nederlandsch Technisch Bureau voor Ontwikkeling der Industrie (in English: Dutch Technical Agency for the Development of Industries). The name describes the original objectives: to make an active contribution to the technical and economic development of the post-war Netherlands.

Today, we are thriving in a wide range of market sectors. We still cherish the entrepreneurial spirit which has characterized us from the very beginning with a constant effort to help clients with the best response to change.

Our founding father was described by his fellow engineers as a man of great vision, audacity, and originality. He led a productive life, searching for commercial advantages through improvements in industrial processes.

Frederik van Iterson was educated as a mechanical engineer. From 1913 to 1941 he was director of the Dutch State Mines and he was the driving force behind the rapid development of Europe’s most modern coal mining operation. In the 1920s he travelled throughout Europe to visit industrial installations and became advocate of product diversification at DSM.

Van Iterson retired in 1942 and soon was involved in new plans: notably a transition from the many local gas plants to centralized gas production and nationwide distribution. Even before The Hague was liberated at the end of Second World War, he made the first move toward establishing the engineering company Tebodin. On March 8, 1945, at a notarial law firm a partnership agreement was concluded for the new company.

One of his major achievements was a redesign of cooling towers.

From a one-person venture starting in 1945, the business soon grew. The projects in the start-up period were mainly centered on gas and steel. It was Van Iterson’s expertise that lead to the insight that the energy supply for heat and cooking should change from local generation to central production distributed via pipelines. Amongst Bilfinger Tebodin’s first designs was a cokes gas plant in Vlaardingen, the first central gas plant. In the fifties the construction of the basic industries as economic driving force of the Netherlands had priority. Due to the fast expanding order portfolio, the number of engineers increased to 130 employees. Furthermore, Bilfinger Tebodin got involved in a large overseas project: water plant Mundo Nobo in Curacao.

Practically from the beginning, Bilfinger Tebodin was involved in the development of natural gas. The discovering of gas fields in the north of the Netherlands resulted in a boom of activities – hundreds of kilometers of transport pipelines. The sixties showed a variety of projects: from a coffee-roasting house to a glass wool insulation plant and from a new reactor in Petten to the air conditioning installations of a Technical college All these projects created a basis for a multi-disciplinary consultancy and engineering firm.

Because of the oil crisis in 1973 reserved investment policies were made by the industries which led to fine tuning of production processes and the adjustment of installations were preferred to new industrial installations or plants. In many fields the crisis worked as source of inspiration. A nice example was the oil production platform in the North Sea.
The increasing flow of money towards the Middle East led to the start of activities in United Arab Emirates. After various water and gas transport projects, an office was established over there.

Industrial investments focused more and more on environmental aspects. The refinement of products and processes was one of the solutions to the strict environmental requirements from the government. District heating was introduced, local oil fields were further developed, and various flue gas treatment installations were developed. The more sophisticated design of building installations appeared to be a large contribution to energy saving. In 1985 the number of employees reached with 1,000 a milestone.

The fall of the Iron Curtain resulted in an enormous demand of knowledge in former East Germany and the Central and Eastern Europe countries and many business relocated elsewhere in Europe. Bilfinger Tebodin broaden its network in Russia, Ukraine, Romania, Hungary, Czech Republic and Poland.
The EU membership of many countries lead to projects for exchanging knowledge in the fields of energy, environment and water technology.  With more than half of its 2,000 employees working in offices outside the Netherlands, Bilfinger Tebodin made Europe as its home base.

In the first year of the new century, Bilfinger Tebodin strengthened its knowledge base and position in Central and Eastern Europe. In the Middle East, a big contract from PDO in Oman led to a new office in Muscat. Also offices were established in Qatar, India and Saudi Arabia.
Bilfinger Tebodin started in the Asia Pacific region in 2004 followed by a rapid growth. With offices in China, Vietnam, Indonesia, Malaysia, Thailand, India, Singapore, and Myanmar a variety of clients were served. (The operations in the Asia Pacific region were sold to Archetype in 2016).
The world crisis in 2009 offers opportunities and markets with large potential.

With the expansion of the office network, Bilfinger Tebodin was able to serve an increasing number of international operating clients.
Sustainability became more and more an important topic within the industrial markets. Bilfinger Tebodin was able to support companies by improving the sustainable values of its services and offering innovative smart and sustainable solutions.
Digitalization is another relevant topic. New technologies and tools (e.g. BIM, Virtual Reality, Industrial 360º) were developed to optimally contribute to clients’ future factories.
Being part of Bilfinger (since 2012) means being part of a global competence network. In 2018, the company name changes into Bilfinger Tebodin, which emphasizes that the company is an integral part of Bilfinger Group.

2020 and beyond – Energy transition and circular economy

With the world’s population increasing and globalization on the rise, it has become clear that our planet’s precious resources are under pressure. The energy transition in Europe is developing at a rapid pace. Many of our clients in the industrial sector now strive for sustainable production and have either transitioned or begun transitioning to a circular business model.

We support industrial plant operators in handling the energy transition and circular economy by delivering a comprehensive portfolio of products and services. Over the years, Bilfinger Tebodin has gained a broad portfolio and expertise in energy efficiency, CCUS, hydrogen, biomass, electrification, wind & solar energy, high voltage transmission and sustainable solutions. 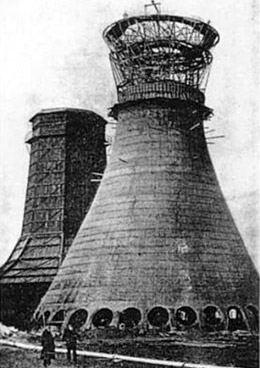 According to Van Iterson, the design of the early chimney cooling towers went against the very principle of physics. His idea was ingenious: a hyperbolic tower which increased strength and rigidity while being lighter and cheaper to build. The first ‘Van Iterson’ tower was erected at the Emma mine in the south of the Netherlands